Yes, I almost did this.  Many years ago.  We were traveling from my brother-in-law’s house in Oklahoma City to our home in Washington state with our now adult son.  He was three when we almost left him at a Rest Area in Texas.  We had stopped to use “the facilities” and decided to stay a while when we saw their playground.  Little kids gotta play, ya know.  After about 20 minutes we decided it was time to get back on the road.  We popped the kid into the back seat of the car and took a few minutes to get rid of the snack bags and pop cans.  We got in the car, hubby looked back to make sure he wasn’t going to back up over anybody, and said in a surprised voice “Where’s Erik?”  I looked back like I couldn’t believe he didn’t see him and freaked.  The kid was gone!  We both jumped out of the car and I headed straight for the playground.  Sure enough, there he was, happily playing.  Whew, heart attack averted.  While we were cleaning out the trash he had let himself out of the car.  He was not ready to leave.  For the rest of the trip he yelled “I got to potty every time he saw a blue sign.  Long story short, if you have kids, check and re-check before you leave your parking spot.

Yup, did this one, too.  I was vain enough to dress in a dress with a jacket, panty hose, and heels for a 14 hour flight from Japan to Seattle.  With a bunch of luggage and 2 kids in tow, no less.  The flight was a long and I was wishing I had worn jeans and a tee shirt.  I grumped at myself every time I needed to use the lavatory, but that wasn’t the worst.  Our plane ride was from Okinawa, Japan to San Francisco with a stop in Anchorage to refuel.  In San Fran there was customs and a plane change before our final destination with a stop in Portland, OR.  San Francisco was when I decided that I would never again wear heels on a plane.  Our plane landed in California a little late.  We only had an hour to go through customs and make it to the other end of the huge terminal for the next flight.  Thank goodness I was blessed with the best husband of all time.  He grabbed a luggage cart, put all the luggage and our youngest son on the cart.  I took off my shoes, grabbed our oldest son’s hand, and we literally ran at full speed across the terminal.  Thank goodness we made it, barely.  The take away, wear comfortable clothes and shoes you can run in.

# 3   Let A Toddler Ride Next To An Open Window

Yeah.  If you’ve ever been around a toddler you know how much they like to play fetch.  They throw, you fetch, they laugh and throw again.  On one particular trip across our state we lost two pacifiers and a baby bottle.  Pacifier number one went out the window first.  No problem, we had a spare with us.  I gave him his bottle with watered down apple juice (he liked it that way).  Ten or so miles down the road the bottle went out the window, thank goodness it was plastic.  Hubby turned around and we went back and picked it up.  Baby got his bottle back and we continued down the road.  Several miles later, bottle went out the window again! Daddy turned around we we went back to retrieve the bottle, again.  Just as we got to the place where the bottle was, in the middle of the road, a pickup coming from the other direction ran over the bottle.  It was a goner.  Smashed.  History.  Needless to say, we did not retrieve the bottle.  He cried, I gave him the spare pacifier.  You would think I would be smart enough to roll up the window.  I wasn’t.  More miles down the road the pacifier went out the window.  Hubby said he was not going back for the pacifier.  Baby cried for miles.  First town we came to we stopped at three stores before we found a replacement.  Kid spent the rest of the trip with the window up.  We had learned our lesson.

When I was in high school my mother and I drove from our home north of Seattle to eastern Washington to visit with friends.  We left early in the morning so we brought a thermos of coffee with us.  Driving over the North Cascades Highway, miles and miles from the nearest town, we both spilled an entire cup of coffee in our lap.  It was summer and we were both wearing white pants.  By the time we got to the first town, Winthrop, we smelled like stale coffee.  Yuck.  We stopped at a small café to use the restroom and washed our pants out in the sink.  The coffee stains were lighter but not gone.  At least we smelled better.  We bought 2 7-Ups to go and got back in the car with wet pants.  Not our finest moments.  The lesson, wear brown pants that dry fast.

Mother and I did this twice.  The first time when I was about twelve.  We lived in Idaho at the time and we were slowly moving to northwest Washington.  My dad left Idaho for a better job a little north of Seattle.  He rented a house and we moved a little each weekend until the end of the school year.  Mom usually packed a few things during the week after work and packed as much as she could into the car on Friday after work.  My 2 little brothers shared the back seat with a box between them and small boxes on the floor.  Late on Friday night it was very foggy on the Seattle side of the Cascade mountains.  My mother decided that between the fog and her sleepiness, it would be safest to pull into a parking lot at the next town and nap until daylight.  We woke up between 2 cars in a used car lot.  This still cracks me up when I think about it.

The next time was a few years later.  It was mom and me again, driving to Idaho to visit my aunt and cousins.  The gas gauge was getting close to empty.  It was like one in the morning and the gas station was closed in the little town we stopped in.  We parked next to the building by the bathrooms, locked the doors and put our seats back for a nap.  Just before daylight a very loud banging on the car woke us up.  It was the local police.  We were told we were not allowed to sleep in the car at the gas station.  We told him we were out of gas and were waiting for the station to open.  He said he would let it go, this time.  The Take away.  Gas up before going into no man’s land.  Eastern Washington is not very populated.

10 thoughts on “Five Things You Should Never Do When Traveling” 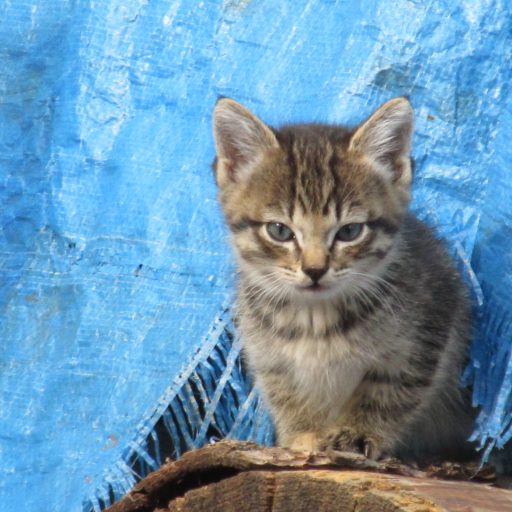 capturing my adventures in steno, food, travel, and motherhood